In 2002, Funmi Lawal, now 54, flew back to her home in South London from Dubai to have her baby. She thought it would be a straightforward pregnancy, but doctors couldn’t control her blood pressure. Seven days later, after her baby was born in hospital, the unimaginable happened.

Funmi suffered a major stroke. “I couldn’t walk, I couldn’t talk, I couldn’t do anything on my right side for about seven months,” she says. After about three months, she could use her hand again, but she was unable to speak or walk fully for a year.

Already, Funmi was beginning to formulate an idea that could fill a gaping hole in the market, which would eventually become a business, Clip-Knix. She says: “I had dialysis because the stroke damaged my kidneys, so I was on dialysis for a year and nine months, and I got a transplant in 2011.

“And funnily enough, 2011 I checked again and there was nothing on the market. 2018, I decided to go for it. I had no capital. It took a year to develop, and another year to produce, and we finally got the audit completed this time last year.” 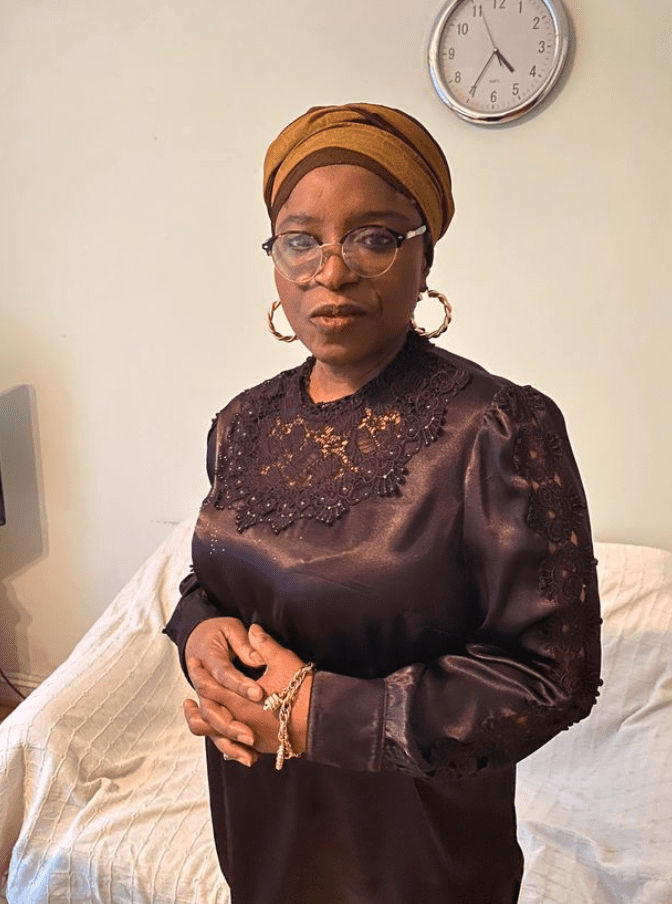 What Funmi had created was a pair of knickers that you can put on while standing up, by simply passing it through your legs and clipping it at the side. Funmi was desperate to name the brand Snap-Pants – she laughs this was quickly vetoed by her sister and friends.

They eventually decided on Clip-Knix. She says her clients are elderly people, disabled people and those who use wheelchairs, as well as cancer patients and pregnant women.

“If you have a bad back, you can’t bend down. Anyone who can’t bend down or stretch because of pain or mobility issues,” she says. “Some people have come to me and told me that before they used to buy underwear and just cut it at the side, and pin it with safety pins.

“But this comes ready made,” she laughs. “It’s glorious.”

But one aspect of the brand which is incredibly important to her is that the underwear is ‘sexy’ as well as practical. “I want people who wear it not to lose their femininity,” she explains. “There is nothing in the world like this. Nothing that resembles it or is even close to it.”

She explains that disabled people are not represented by mainstream brands, particularly underwear and feminine wear. It’s important to her that disabled and chronically ill people are reminded that they can feel sexy too, and that her knickers represent that. And it’s already booming. Funmi notes that she now sells as far as Australia and the US. “I’m working my socks off,” she says. But the journey hasn’t been easy, she explains, as launching a small business during Covid is quite a feat. “I’m an extreme minority,” she says.

And that’s not the only difficulty she’s had to bare during the journey. Sadly, one of Funmi’s children passed away last year. But she remains grateful for what she has and determined to keep making a difference, and speaks with audible pride about the product she created.

She says: “It’s beautifully made, with organic cotton and lace. The picture doesn’t even really show the texture, but if you see it with your own eyes, and feel it – oh, it’s marvellous.”